Everyone appreciates a freebie every now and then, and the dropshipping industry is no exception. With ad campaigns making up a good portion of a dropshippers monthly expenses, an opportunity to save on some of those expenses in a month comes as a welcome reprieve. Which is why we have listed some of the best places to get FREE ad credit on the internet for your store today: 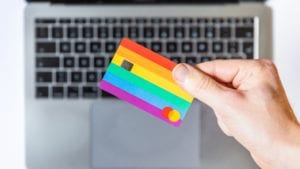 Shopify has been proving itself as a great resource for the dropshipping community for a while now, and alongside many great deals and offers specially tailored to help entrepreneurs in their journey to becoming dropshipping millionaires and moguls is $100 free Google Ads credit to help you reach out to a wider audience and market. All you have to do to claim yours is become a new Shopify store owner (You get $100 Free Adwords credit for every store you open with Shopify.) and claim your free Adwords credit voucher upon the completion of your site. Unfortunately, this special offer isn’t marketed directly to Shopify users so it often goes unclaimed, leaving you without a well needed $100 savings in your initial ad budget, but now that you’ve become privy to this information here’s how you can get yours with every new Shopify store that you open:

And viola $100 in Google ad credit is yours! This giveaway is especially useful if you open up a lot of stores on Shopify, as each new store you open has a redeemable $100 Adwords promo credit, which you can invest on a single or multiple ad campaigns, whatever picks your fancy. Some who have made use of the $100 free ad credit attest to getting $600 worth of sales in return, which isn’t even something out of the ordinary if you have a good marketing plan to spend that $100 on. So it’s definitely worth looking into if you’re planning on opening a new store with Shopify anytime soon. 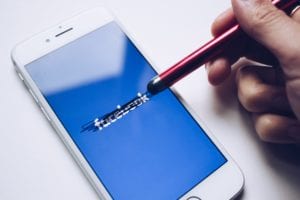 Unlike the first entry in this list, Facebook Ad credits are a bit tricky as there isn’t a set or clear cut method of getting them. Instead, certain actions and hacks may grant you a free ad coupon or a voucher that will cover half of your advertising costs on Facebook or Instagram. These actions are often pecuniary in nature so you’ll be needing a fixed amount of money to start your ad campaign in order to elicit the free ad credits from Facebook in the first place.

Facebook used to give out free ad credits to first-time users of Facebook or Instagram ads to the tune of anywhere between $15-$20, but they ceased this practice after recipients of these coupons would flood the internet, reselling the coupons at a profit. Another note of warning to look out for when searching the internet for free Facebook ad credits is the multitude of sites claiming to offer Facebook ad coupons via specialized links, only to take you to a course they offer that’s twice the amount of the coupon promised. If it’s not a coupon from Facebook or a trusted, well-known online vendor its best to steer clear of their claims of a free $250 coupon lest you be dupped out of twice that amount for what will turn out to be useless garbage and an utter waste of time. 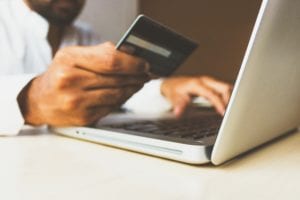 Bing might not be as big of a search engine as the likes of Google, but it does well in its own right positioning itself as the third-largest search engine in the world, with 30% of searches carried out in America using Bing. Which as I’m sure you’re well aware is the mecca of dropshipping consumers, and according to a study by the Regional Sales Director at Microsoft, Bing when compared to Google has a more focused audience in comparison to Googles audience who use Google for research purposes primarily. According to the study:

If your niche within the dropshipping industry caters to such an audience, or your looking for a greater return on ad spending than you’d generally get from using Google then you should consider Bing as an option. You’ll be granted $100 worth of free advertising for every $25 in ad credit that you spend. 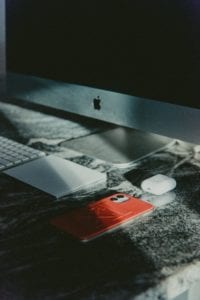 If you’re looking into starting a new store with WordPress.org and you want to get some bang for your buck while doing so, then you should look into using  Bluehost.com, a web hosting company to host your site. If you do, you’ll get $200 in free ad credit to use on either Google or Bing at your discretion.

No matter the standing of your dropshipping business chances are you could do with some free ad credit to save you money with your ad campaigns, or a good discount to carry the message of your products all over the web, at a premium price. Which is why the appeal of articles pointing you in the direction of some good ad credit deals is never lost on the dropshipping community at large.