The profitability of Dopshipping in 2020

The dropshipping industry has long enjoyed the laurels of being one of the biggest eCommerce solutions available right now. Offering entrepreneurs the opportunity of running a business with low market entry investment in return for high-end profits. Many dropshippers the world over have millions of dollars worth of profit to attest to the success of the industry as a whole, and with the ease of not holding an inventory it really is a business that anyone can get into. But with that said such popularity can carry with it a cost, as being a wealthy dropshipper is a goal you share with millions, if not billions of people from all over the globe, which can result in oversaturated markets. Which in turn makes the competitiveness of newcomers into the industry a lot harder, but is this the case for dropshipping? That is the question we hope to answer in this article by going over the facts and evaluating the profitability of dropshipping in 2020.

Despite boasting levels of popularity that put the hype around some celebrities to shame, statistics tell us that dropshipping is in fact growing as an industry, 7 percent a year for the last decade to be precise. With current profits for the industry as a whole sitting at a comfy $4 billion, and that figure projected to grow by 7 percent each year, there’s definitely still a lot of room for new kids on the block.

These figures alone also do nothing to speak to the growth potential that up until the recent COVID 19 pandemic lied dormant, something we will discuss later on in the article with eCommerce having beat the pandemic and the economic forecasts that it brought with it, to become what is looking to be a real contender for the market share that conventional in-person retailers have dominated with impunity up till now. In short, the dropshipping industry has not only remained relevant since its inception, but has continued to grow strength-by-strength over the years, affording new players to the dropshipping industry the opportunity to not only survive but strive within their chosen niche. 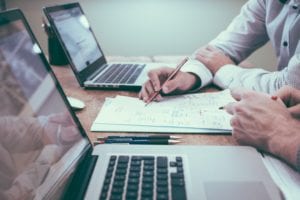 How has the recent pandemic affected the industry

Global social patterns have found themselves being disrupted by a global pandemic that has claimed 1.07 million lives to date. With most countries still imposing restrictions that limit the movement of people in large groups, and some countries still imposing restrictions on the operational capacity of many businesses. Most of the world’s population have found themselves indoors and afraid to continue with what used to be normal spending patterns in the fear of contracting themselves.

They have instead substituted their normal spending habits with digital alternatives, giving rise to an unprecedented boom in global online sales. This increase in digital spending is especially pertinent with Millennials and Gen Z, the global breadbasket of the internet. With many Millennials and those from the Gen Z crowd citing a change to their spending habits in studies at the hands of the ongoing viral pandemic, as compared to the older generations who have resisted change in favor of their old methods of acquiring goods such as trips to the supermarket. This is good news to dropshippers as the majority of global dropshipping sales are from millennials and now Gen Z. And with the bulk of this generation either already in the workforce or about to enter it, fresh off the heels of college, the pandemic seems to have had at least one upside as far as dropshipping is concerned.

The pandemic has even seen dropshipping compete directly with industry giants such as Amazon in the US. Some consumers are choosing local dropshipping companies over Amazon after the eCommerce giant felt the pressures of an increased demand for their services during the pandemic. Which triggered a distribution meltdown forcing them to prioritize essential goods in a last-ditch effort to save their reputation as dependable providers. Savy dropshippers capitalized on this and pulled in Amazons disappointed consumer base offering them better wait times and service by utilizing local suppliers to satisfy the needs of their stores. 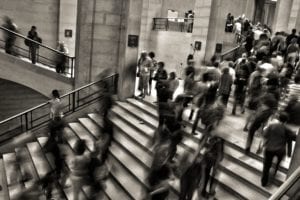 Another trend in the global eCommerce growth that characterizes the dropshipping industry is the growth of internet usage and activity in developing countries. Although this trend was well underway prior to the global lockdowns that saw people swap out real-life interactions for digital ones, it was definitely accelerated by the global pandemic. With a rise in activity related to eCommerce, we’re seeing the emergence of markets from developing countries rise up as nascent competition for the “big five” dropshipping markets of the world which include:

Thanks to their early adoption of eCommerce business models, they hold amongst themselves the lion share of the dropshipping industry in terms of both profit and consumer-base. Yet thanks to this and the fact they are the first targets for ad campaigns from most dropshipping companies. Ad campaigns targeted to consumers within these five countries are very costly, often giving the statistical impression that dropshipping operating costs are extremely high. But with the pandemic putting a chokehold on what is the social activity of conventional retail spending the world over. Developing countries are being forced to adapt to eCommerce spending now too.

With some research outlets showing that in 2019, an average of 49 percent of the population of developing countries had access to the internet, this off an increase of just 35 percent in 2015. With Africa and Latin America having more internet users individually than the entirety of North America combined, as indicated by statistics from July of this year.

With internet penetration statistics for each country based on individual population sitting as follows:

These statistics are from the first quarter of this year, and current figures although officially unaccounted for are expected to be almost double that for the developing countries on the list. This coupled with the fact that estimates put 97% of the worlds population growth within developing countries, and an already established wealth growth of 66 percent globally each year since 2014. This leaves a largely untapped market for dropshippers to tap into, one that’s projected to grow to exponential numbers in the coming years. So even as the canon dropshipping markets still offer dropshippers the chance to rake in millions a year from their stores. There’s an even bigger market just waiting to be capitalized on in the world’s developing countries, one that could rival the big five in their entirety in the years to come. 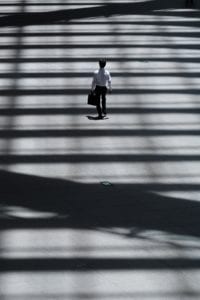 With the big analytics machines that run all the major ad outlets such as Google, Facebook, and Instagram receiving the bulk of their ad campaigns targeting one of the big five dropshipping countries. Alternative countries not under the microscope for these big dropshipping markets offer premium ad campaigns at a fraction of the price they’d cost to market in one of the big five dropship countries. This results in higher conversions and profit margins for your store as you save up on ad spend for the products on your store. With emerging markets coming into the foray more and more as consumers, dropshipping looks set to get a lot more profitable from a major price reduction in ad spend, from the current budgets of countries based with the big five dropship countries.

Dropshipping is far from being dead, in fact, there’s still a lot of room to grow within the industry for many years to come. And with the emergence of new markets set to act as direct competition for the already existent kings in the dropshipping world, the potential of untapped markets could be worth trillions of dollars in the not too distant future. Not only isn’t dropshipping dead, it’s alive and kicking, and there honestly is no better time to establish yourself and your store amongst the future juggernauts of eCommerce sector than right now.